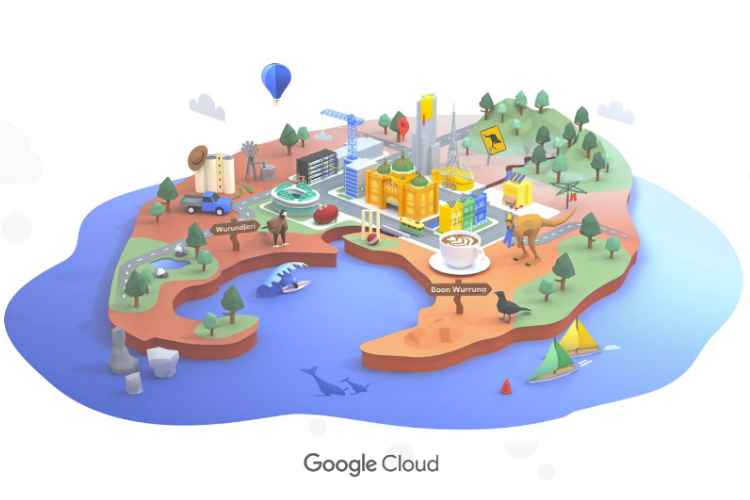 Thursday July 29th 2021 was a momentous day for the future of cloud-based operations in Australia and New Zealand. Google Cloud Platform (GCP) launched its Melbourne cloud region, giving rise to greater capacities in boosting digital connectivity and accelerating existing operations.The Melbourne cloud region is the second in Australia, after the launch of Sydney in 2017 and the 11th in the whole APAC region. Ultimately, the cloud region will enhance the GCP offering and capability for users in Australia and New Zealand.

In true Google fashion; the occasion was celebrated with a grand opening! On the morning of the opening, Google held a virtual event welcoming Jane Hume, Federal Minister for the Digital Economy, to speak; as well as a handful of their largest customers in Australia—including the AFL and Australia Post. The consensus of the collective speakers was that the new cloud region will enable businesses to ‘adapt to new requirements, new opportunities and new ways of working’ in what are uncertain and unpredictable circumstances.

What does the Cloud opening mean for you and your business?

In Australia, GCP supports almost $3.2 billion in annual gross profits. The proximity to such a powerful data region will allow businesses to build highly available applications for customers. With the addition of the Melbourne Cloud region, GCP customers will benefit from improved business continuity planning, secure infrastructure for business and IT requirements; and importantly, maintain data sovereignty.

GCP customers in the Australia and New Zealand regions can expect the benefits of low latency and high performance of cloud-based workloads and data. The region is designed for high availability and has three zones to protect against service disruptions; ultimately protecting businesses from downtime. In addition to the infrastructure, Google has announced the key players of their portfolio will be: Compute Engine, Google Kubernetes Engine, Cloud Bigtable, Cloud Spanner, and BigQuery—allowing you more choice and flexibility for your requirements.

the unveiling of this Cloud region is both safe and compliant. ‘Our infrastructure is certified for a growing number of compliance standards and controls and has undergone several independent third party audits to test for data safety, privacy and security’ he said.

If you are interested in upgrading your GCP service, or just want to know more about what the new data region can offer for your business, reach out to our team. We'd be happy to help!

About the author: Claire Wilson

Back To News Stories